Dr. Boris Valach works as an Energy Consultant in the Policy Department of eclareon GmbH. In addition to sustainable mobility projects, he takes part in various tasks aimed at the analysis of legal framework conditions as well as questions concerning grid connection, operation and development for RE projects. In his work, Boris also scrutinises deployment of RES and EE measures in the context of induced socio-economic impacts. Aside from his mother-tongue Slovak, Boris Valach is fluent in English, Czech and has good knowledge of German.

In research projects, he is responsible for the portfolios of Slovakia and Czechia. For instance, Boris is involved in the analysis of barriers hindering RE development as well as investment risks under the Renewables Networking Platform (RNP) and RES SIMPLIFY project. He participates in several other energy and climate projects funded by, among others, the European Commission, such as the EU Semester or Wind Harmony. Besides, he occupies the position of a Project Manager in an urban mobility project named Cyclurban+ funded by the European Climate Initiative (EUKI). Last but not least, Boris is a Study Coordinator of an intergovernmental project implemented in Jordan, which gives a special emphasis on the modelling of employment effects related to RE and EE development until 2030. The study forms an integral part of the Jordanian-German Partnership activities, with the aim of accelerating the Ministry of Energy and Mineral Resources’ (MEMR) efforts on its path to promote low-carbon and sustainable growth.

Dr. Boris Valach holds a Master of Science degree (with honours) in Public Policy from the Comenius University in Bratislava. Also, he holds another Master of Science degree in International Trade awarded by the University of Economics in Bratislava. Boris defended his PhD dissertation centred on the clash of international trade and human rights in August 2018. Except for experience gathered in eclareon GmbH and ideas into energy gGmbH, he collected practical experience during his internships and work for the Slovak Governance Institute (SGI), Institute of Public Affairs (IVO), in Centire – the company providing consultancy services on EU funds, as well as at the Ministry of Finance (MF SR), and also as an Assistant of a Member of Parliament of the National Council of the Slovak Republic (NR SR). 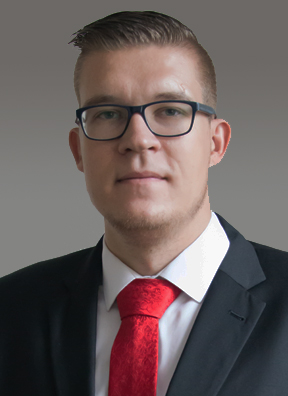