Johann Blain works as a Senior Project Manager in eclareon’s Policy Department. He is responsible for the research and analysis of climate policies, as well as for the legal and political framework of the renewable energy sector in France. He also oversees international projects such as Windharmony and the Berlin Energy Transition Dialogue (BETD). Johann is a French national, is fluent in German and English and has excellent working knowledge of Spanish and Italian.

Prior to his engagement with eclareon, Johann was a Project & Conference Manager in the fields of politics, economics and law. In this capacity, he worked with international participants and top representatives and executives of the industry.

Previously, he was involved as a fundraising officer in Geneva, Switzerland. There he secured the financing and implementation of humanitarian projects in India, Myanmar, Colombia and several Eastern-African countries such as Burundi, Rwanda or the DRC.

Johann holds two Master’s degree, one in European Affairs from The French Institute for International and Strategic Affairs (IRIS) as well as German Studies & Political Science from the Freie Universität Berlin and from Paris IV Sorbonne.  His focus is on European affairs, cultural policy and German French relations. 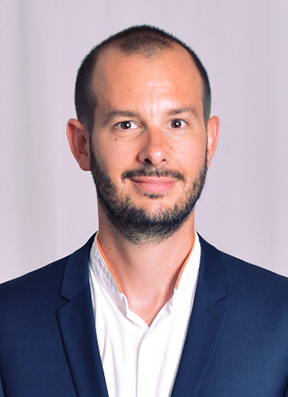